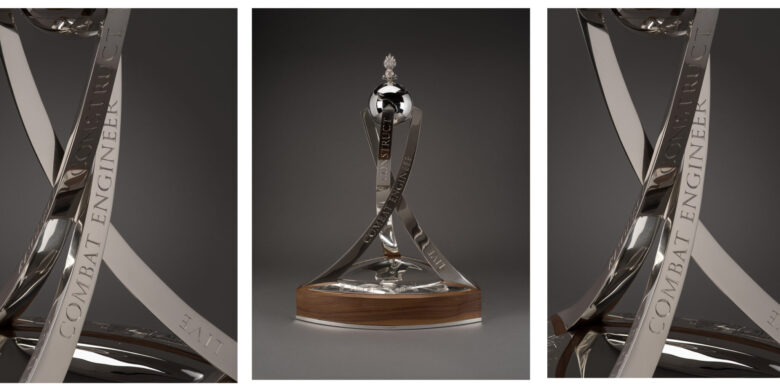 At the start of the year was Shona Marsh was commissioned by the Royal Engineers to make a piece that celebrated the 300 year anniversary of the Sappers.
The piece was created from 3 inter-twisting sections that represented the 3 main principles elements of the Sappers engraved with the key words engraved.

Around the base, a history of the Sappers’ achievements were illustrated through hand-engraving by Sam James Engraving. The highlights were the building of the Royal Albert Hall, innovation of the early flight, and mapping the world. The piece was topped by a suspended globe illustrating the worldwide influence of the Royal Engineer.