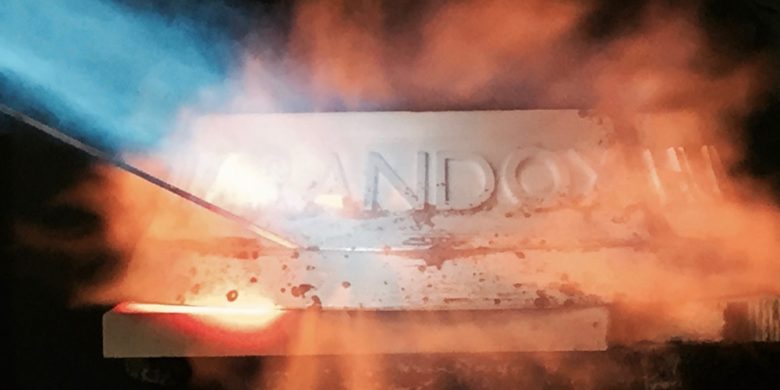 LEADING SILVERSMITH AND MEMBER Shannon O’Neill has been selected by sponsor Random Health to make the prestigious Grand National Trophy.

For the first time in the race’s history, Randox Health will create a unique trophy each year by a contemporary silversmith, thanks to the Goldsmiths’ Company’s Curatorial Department. Miniature versions of the trophy will also be presented to the jockey, trainer and groom. Over the next two weeks, a series of teaser images will be revealed, leading to up the grand unveil at the Weights Evening Reception on February 14th, Valentine’s Day.  ITV, the new broadcasting partner for the RHGN, says this a fitting tribute to the new era of the Randox Health Grand National. The piece has been carefully hallmarked by the Goldsmiths’ Company’s London Assay Office.

In advance of the annual Weights Reception, over the next 14 days a series of images from the trophy will be released before the grand unveiling at the Victoria and Albert Museum in London.

“Given that the Randox Health Grand National is such an iconic event it is fitting that each winner will receive an inimitable trophy; their own unique piece of history. To win this event, given the demanding nature of the course and the quality of the competition, requires preparation, stamina, skill and teamwork of the very highest standard. There is no other race in the world like this and we want to ensure the winner’s trophy, which will change each year, reflects the status of the achievement.”

The trophy has been created at workshops at the magnificent Burghley House in Stamford by silversmith Shannon O’Neill, who described the silver 2017 trophy as an ornate work of art, laced with images depicting the speed, agility and excitement of jump racing, and decorated with a red stone.

“I’m incredibly honoured to have been given the opportunity to design and create a piece of art as important as the trophy for the Randox Health Grand National. Meeting the Randox requirement has been an exciting challenge – the brief was ambitious and we’re all delighted with the final outcome. That this is a unique piece makes it even more special. I look forward to its unveil in February and additionally to seeing the next four trophy designs over the coming years.”

Additionally, for the first time in history, each member of the winning team, made up of owner, trainer, jockey and groom will receive their own version of the trophy, a decision about which Ed Chamberlin, Lead Racing Presenter for ITV is delighted;

“Nothing comes close to the immense amount of passion, dedication, and teamwork that goes in to preparing for these big races, and for the biggest race of all, the Randox Health Grand National. From the stable staff in the yard to the punter at the bookies, the jockey training for the race of his life to the ground staff tending to the racecourse and the fences, in racing everyone has a very important role to play, whether that’s in front of the camera or behind the scenes. So I’m thrilled that Randox Health is paying tribute to the fact that the contributions of each member of the winning team are equally important.”

“For ITV it’s exciting to have an ambitious and innovative partner in the form of Randox Health for the world’s greatest race. Everything we do as racing broadcaster is about making the sport much more accessible and engaging with the public, and the revamping of the Randox Health Grand National trophy with this fun, teasing roll-out is a perfect launch for this.”