Chris Knight graduated from the Royal College of Art in 1992 having studied Silversmithing and Jewellery at Sheffield City Polytechnic and worked as a goldsmith for three years in New Haven, Connecticut, USA.

Often working on the boundaries between art, craft and design, his creative practice ranges from silverware to architectural metalwork and public art.

Chris exhibits internationally and is included in many major museums and public collections around the world; including The Victoria & Albert Museum, The Worshipful Company of Goldsmiths’, the Archdiocese of New York, The Crafts Council, and The Musee des Arts Decoratifs, Paris.

In 2010 Chris won the Museum Sheffield National Metalwork award for his silver Chalice; ‘Lest We Forget’ . His sculpture and public art are sited from Sheffield to New York City. The largest of which, ‘Cutting Edge’ in Sheffield, has received numerous awards including the RIBA White Rose Award.

Chris is a Liveryman of the Worshipful Company of Goldsmiths and a Fellow of the Royal Society of Arts.

During Chris Knight's tenure as Chair of the ABDS, the members' exhibition moved in 1993 from Leighton House to the Collins Hastie Gallery in Chelsea. Alongside members' regular work, the exhibition featured an idea originated by Rebecca De Quin and new to the world of silversmiths - a display of silver Christmas decorations.

As Chris says, "One of my main objectives, which still remains today, was to increase contributions to the efforts of the association by its general membership.

I am very proud to have been a founding committee member of the ABDS and even more so now that I am also a founding Trustee of the CBS Charity where I strive to put due process in place to ensure that we can fulfil our objectives with clarity and fairness in our procedures and in the best interests of our subject and charity.

The thing I am most proud of is of establishing the ABDS Argex Future of Design Awards at New Designers with the significant help of Martyn Pugh who secured the funding. Argex have gone on to be one of our most loyal supporters and the prize moved to the Goldsmiths Crafts And Design Awards in 2004, whilst our good friend and patron Charmian Adams generously picked up the support of the prize at New Designers.

Whilst I believe we struggle to claim that we are able to support the continued development of our members, I do feel that such prizes and acknowledgment go a long way to encouraging talent to endeavour through the struggle of establishing a viable practice. This is illustrated in no better way than seeing our first prize winner from 2000, Rajesh Gogna, now sitting as our Association Chair and also as a founding Trustee of the CBS Charity.

Personal highlights have been numerous and must not omit post-committee meeting relaxation in a pub. The Inhorgenta and British Consulate shows in Hamburg need mention alongside the Millennium Canteen Commission which was an extraordinary recognition of the work of 37 contemporary silversmiths, a more democratic piece as yet to be realised.

The selling Exhibition at Christies, London was also a good opportunity for me.

However, I have always struggled with CBS presenting commercial or selling opportunities to its members, or being perceived as responsible for training, because we struggle to get these to benefit more than a few yet it takes an extraordinary amount of resources and effort.

Over the years I have come to realise that the strength of the CBS is its varied involvement in the subject by its diverse members. The difficulty is that our capacity rarely allows us to do more than one thing at a time.

Mastering a craft often leads to inevitable sense of authority over a narrow direction within our subject, the CBS’s strength is the collective voices of such authority and, therefor, its ability to speak of the full breadth of our subject from a position of understanding through doing, of learning through making.

In my view we came together to create an aspirational association that was based on nothing more and nothing less, than the quality of designing and making practiced by its members. Its success is always based on what its members were able to contribute voluntarily to the collective cause. The creation of this community has given each individual support and inspiration if they wish to join in and has increasingly been recognised as a force behind the continued progression of silversmithing in the UK and beyond." 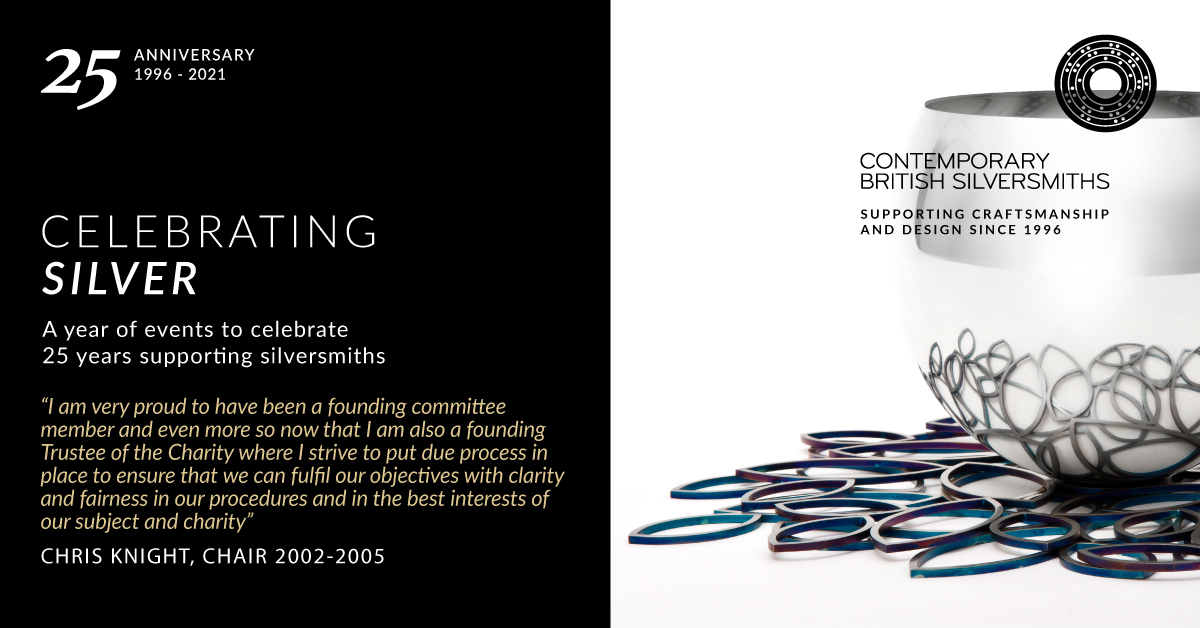 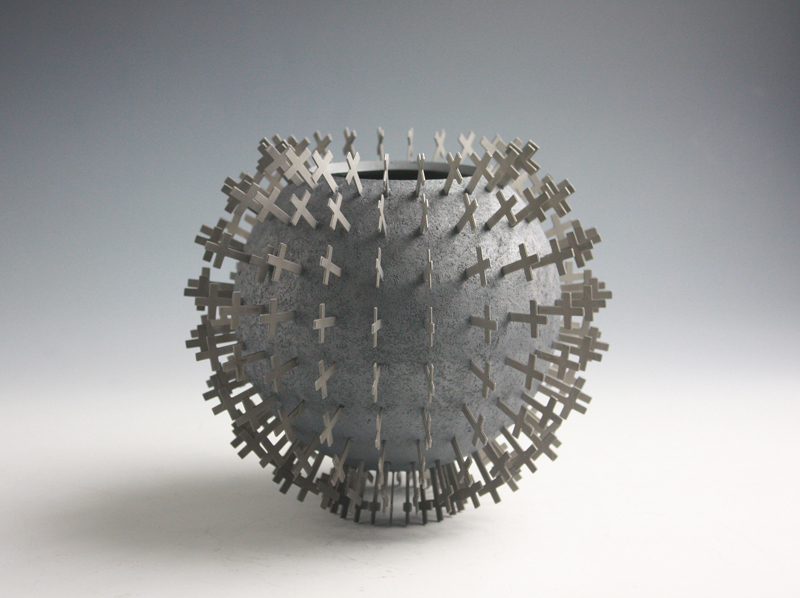 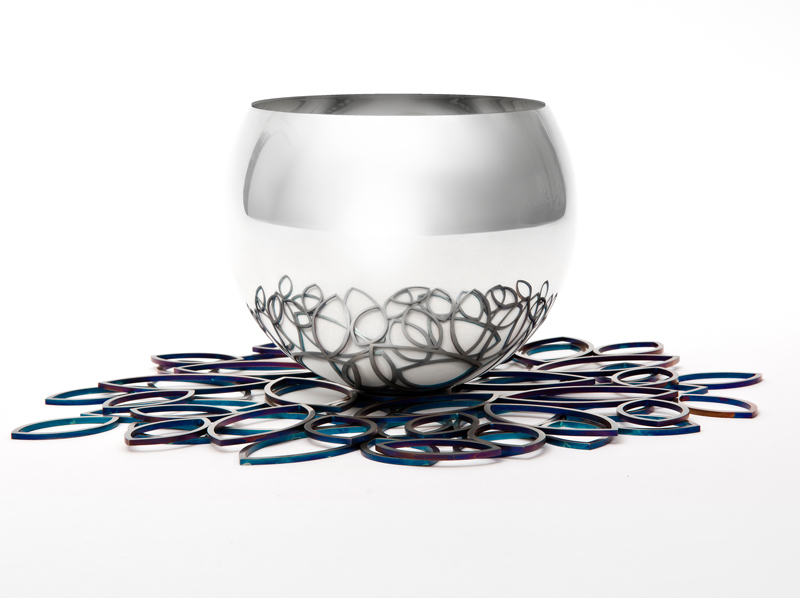 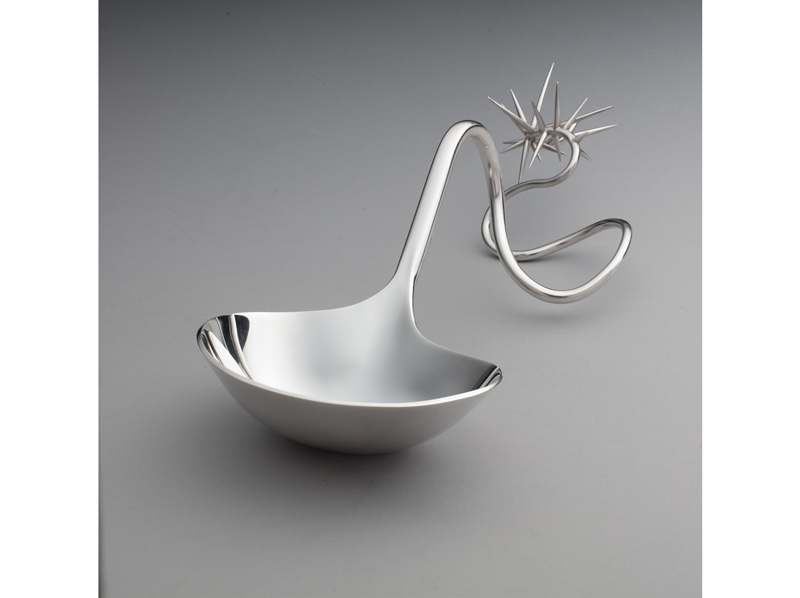